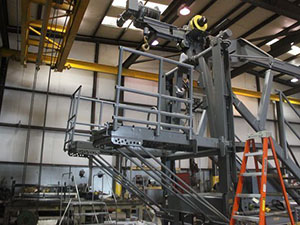 Celtech was featured in the Carlsbad Current-Argus Daily Newspaper this month. Read Up in the air: Aircraft supported across globe by Carlsbad’s Celtech by Adrian Hedden. 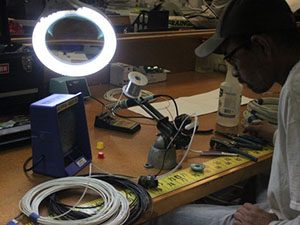 Fighter jets across the world are kept in the air by a little-known company, nestled in southern Carlsbad for the past 20 years.

Celtech was first founded in 1976 in Celeste, Texas, and brought to the rural southeast New Mexican city in 1989, purchasing the assets and business of the Space Corporation in 1997.

Since moving to Carlsbad, Celtech’s work has traveled to military bases from the states to South America, and further east in Europe and the Middle East.

The company fabricates, tests and refurbishes testing equipment for a variety of military aircraft, from F-16 fighter jets to cargo planes like the Lockheed C-130 Hercules, in action since the Vietnam War.

Those contracts translate into millions each year.

A $2 million contract with the Embassy of France will see 20 units sent overseas, used to test military planes to ensure they are ready for takeoff.

The T-20 test units are comprised of three parts: a thrust stand to restrain the engine during testing, a control cab where computer diagnostic systems are housed, and mobile fuel tank which typically hold about 2,500 gallons of jet fuel.

Celtech recently completed a $748,000 contract for a company in Romania, testing jet engines on C1-130 and F-10 aircraft.

“There is one in every military base,” said Tina Licon, administrative contract coordinator. “If they can’t run the engines and test them, no airplane can get off the ground. And it happens right here in Carlsbad.” 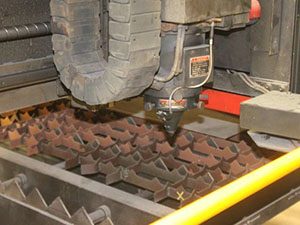 A 3,000-watt laser beam is used to cut metal and other materials during fabrication.

He recently traveled to Bahrain, a small island nation of the eastern coast of Saudi Arabia, to oversee final testing and implementation of a contract recently completed.

Allison and other Celtech field representatives have traveled to almost every continent on Earth, providing support and training at bases contracting for the equipment.

Technical support is also provided by Celtech through a 24-hour hotline, that can see employees traveling onsite or providing assistance via phone.

“Anywhere in the world, if a base goes down, they can call us,” Allison said. “We can pack up and go onsite if needed.”

Smaller contracts, for various parts such as cables and transformers, can number from hundreds to thousands, he said, each year and from several cities across the country.

Celtech boasts about 75,000 square feet of under-roof works space, holding 12 warehouses where welders, fabricators and even a massive 3,000-watt laser beam is used to cut through almost any material.

“It can cut anything,” Allison said. “We used to spend hundreds of thousands of dollars on vendors. Now we can build it all ourselves.”

The beam, coupled with computer numerical control (CNC) machines allows the company to do essentially any fabrication job onsite.

“We brought these machines in to increase our production and lower our overhead,” Allison said. “Without these and the laser, Celtech would not be here today.” 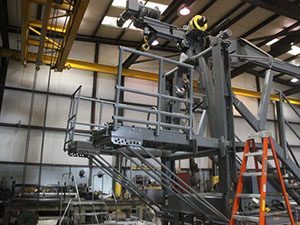 A thrust stand is used to restrain jet engines during testing.

“They’re computerized, so you can program them to repeat,” he said. “You can make a lot more. There’s a lot you can do on these.”

There’s even a 62,000-pound forklift, which Allison said could be one of the largest in Carlsbad. He knows for sure he couldn’t rent one in town.

The only thing Celtech can’t do, Allison admitted, is build fuel tanks from scratch.

“We can’t roll tanks,” he said. “But we can do just about anything else.”

That includes lending a hand when organizations in the community of Carlsbad call on them.

The company partnered with the Carlsbad Police Department to fabricate the jump seats used in the department’s armored SWAT vehicle, and the targets officers practice with at the Carlsbad gun range.

About five acres sit across the road from Celtech’s facilities. The company has plans to expand their business and the projects they work on.

Situated in southern Carlsbad, near the city’s industrial area, Allison said the capabilities of Celtech could too benefit the oil and gas industry.

“To the oil and gas companies, there is a company here that can do the fabrication they might need,” he said. “If they can draw it, we can laser it out. It’s one of the biggest surprises in Carlsbad. No one knows we’re out here.”