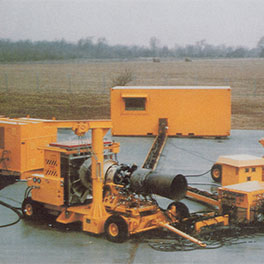 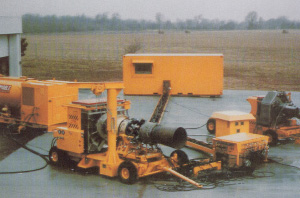 T he A/E37T-24 and A/E37T-33 were designed for out-of-airframe testing of U.S. Military helicopter engines. These systems, along with the T-16, which includes an operating shelter, and FEDS are Turboshaft Engine Test Stands which are based on similar core equipment and air dyno.  They utilize automated data acquisition, instrumentation and air dynamometer technology to test and verify flight readiness of Turboshaft engines removed from aircraft for maintenance. With Engine Adapter Kits and Miscellaneous Dress Kits, Celtech’s T-24/T-33 Test Systems will test T53, T55, T56, T58, T63, T64, T400/PT6, T700, and other TurboShaft engines. Refreshed configurations include ADAQ for data acquisition and control.  Celtech has familiarity with the required adapter kits. We can assist with the planning and provision of all needed components through manufacturing and knowledgeable sourcing. 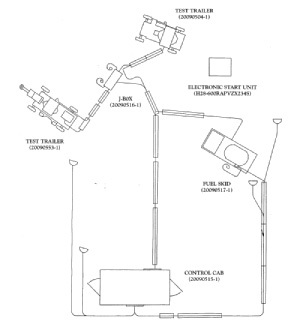 Celtech has been a T-24/T-33 Test System provider, including T-16 and FEDS for many years, and our personnel have fielded over 30 deliveries. Atec also has unique experience in application of these subject air dynos for test of 501 industrial version turbines. Our combined 90+ engineers are making possible the modernization of the T-24/T-33 Test System for application to today’s helicopter and turboshaft engines.

Exchanges with knowledgeable and interested user entities are underway. These reviews have involved discussions and inspections in Huntsville, Sugar Land, Corpus Christi, Albuquerque, N. Boston, Vermont, Lakehurst, Robins and other internaional locations to insure broad input. Atec is now performing an engineering study for a coming major upgrade of the world’s largest commercial test facility for these engines and utilizing these air dynos.  Comprehensive data is maintained for continued manufacturing, support, repair and compatible upgrade of the T-24 network of turboshaft test systems. 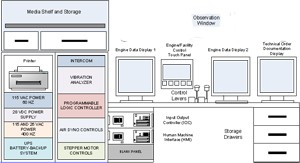 Control Cab The rack and stack instrumentation that was part of the original T-24/T-33 Test System has been replaced with a “Glass Cockpit” concept. Pressure gauges, vertical scale Indicators and other dedicated instruments have been replaced with virtual computer instruments that appear on graphic displays. Engine and Facility controls are provided via a dedicated touch screen interface. Computers in the Control Cab collect data from the external j-box. All controls are modular and based upon the latest technology. 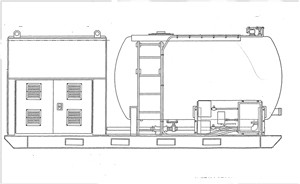 Fuel System and Oil Supply Unit This system includes a 1000 gallon capacity fuel tank, fuel pump and motor, pressure regulating and control valves, fuel strainer and filter, hydrometer and flow measurement transducers. Upgrades to this unit have been made to replace out of date components, to update the data acquisition and control features, and to reduce the number of wires and cables. This enables the unit to be controlled through computer interfaces and Touch Screen Panel Monitors. Basic emergency shutdowns remain hard wired in order to retain the safety features. 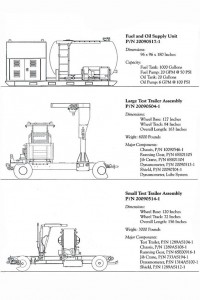 Air Dynamometers Celtech can provide large or small Air Dynamometer Trailers depending on requirements. The Air Dynamometer Trailers have undergone upgrades to replace older components and update the data acquisition and control system. The Engine PAS and LDS controls are operated using electronic linear actuators that mount to the Trailer and interface to the engine with short linkages. The actuators are controlled from two levers in the control cab via servo controllers that also interface to the computer system permitting manual or automated control.

Interface Junction Box The J-Box has undergone an upgrade in the instrumentation sensors and method of data collection. The upgrade incorporates replacing the large number of wires in the J-Box that feed back to the Instrument Cab with local data acquisition for Pressure Switches, Pressure Transducers, Thermocouples, and general I/O. Data collected is fed to the Instrumentation Cab over an Ethernet interface to the Data Acquisition computer where it is processed and presented to the operator on various monitors in the cab.

Remote Starter Unit The Remote Starter unit retains all of its original features while undergoing a similar modernization. The main difference is the implementation of computer control and monitoring via control logic to match the Junction Box upgrades. 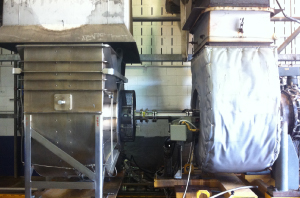 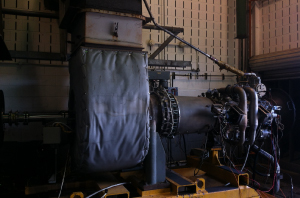 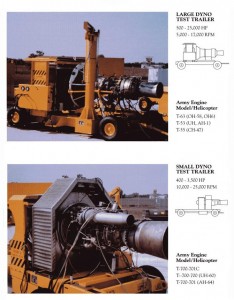